KIMBERLY HOUSE WITNESSED THE AFFAIR BETWEEN RICHARD BURTON AND ELIZABETH TAYLOR. IT IS SINCE THE 60’S, THAT THE LOVE OF THE FAMOUS COUPLE LEFT ITS MARK ON THE HISTORY OF PUERTO VALLARTA.


The Kimberly House was the favorite site of Richard Burton and ElizabethTaylor, both hollywood stars in the 1960s. At that time, the two had a separate relationship, for they were married; however that was not an impediment to them having a connection that would be consolidated during the filming of the film “The Night of the Iguana”. This great romance, was the trigger for substantial changes to happen for the then small fishing village, marking a before and after in the lives of many people. The Pope in those years, he harshly criticized the relationship that the couple maintained in Puerto Vallarta, which caused the press around the world to put the reflectors in this typical Mexican town. Which is why the filming of this film is still remembered as a key point in the city’s history.

After the ups and downs that passed before, during and after filming, the couple chose Puerto Vallarta as their love nest. Burton bought the Kimberly House, which would later become the actress’ chambers. He, for his part, would settle in the front house and in order to be communicated permanently, he ordered to build a bridge that would today be the icon of their romance. 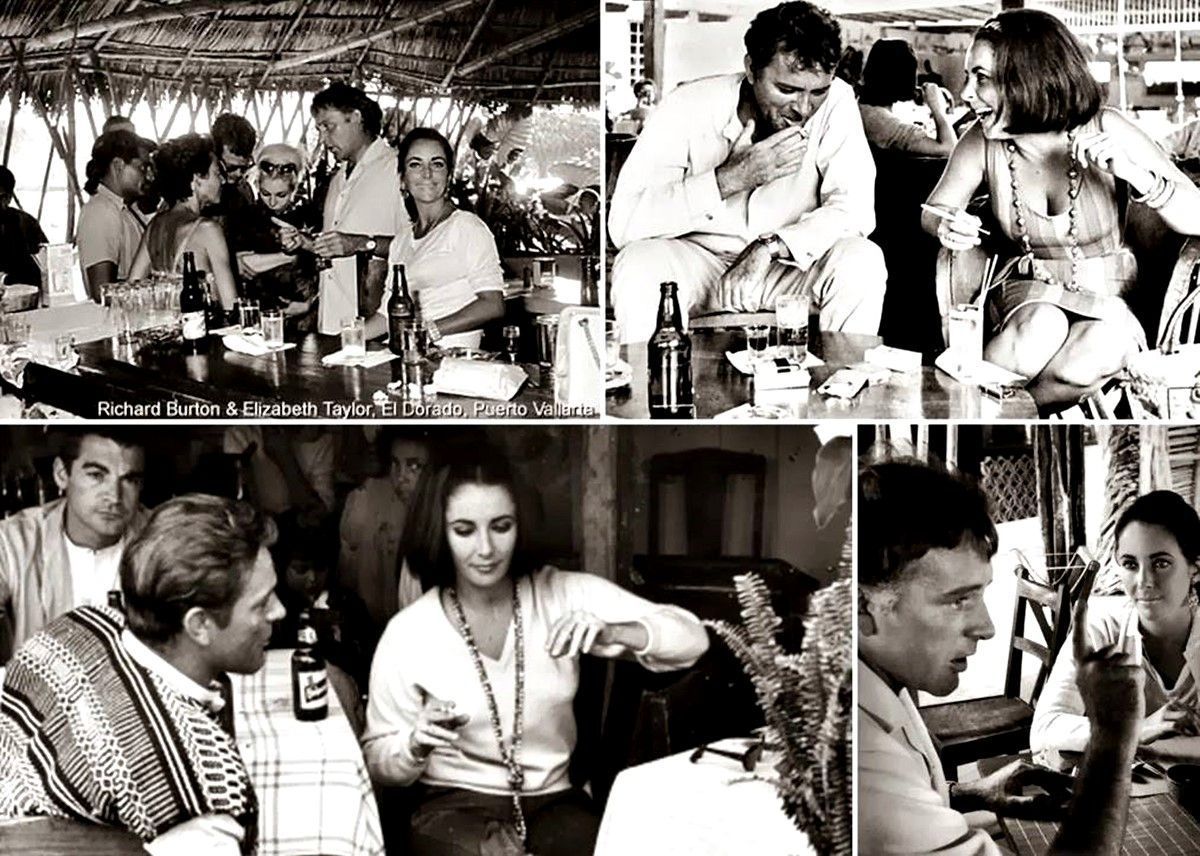 Casa Kimberly is located at Calle Zaragoza at 445 in the central colony. You can go up that street or there’s another alternative route. At the end of the Cuale River Island there is a bridge that connects with Gringo Gulch and exits almost directly to the one that was once home to the actors. The old locals count how they watched the couple walk along the beaches of the bay, attend restaurants and enjoy the goodness of Vallarta.

When the couple ended their relationship, so did the desolation, the house that was their love refuge in Vallarta, was abandoned for several years until it was put up for sale. Yet so much love could not remain in anonymity and indifference. That romance radiated its light all over the world and it had to end in the same way that story.

Now it’s a beautiful boutique hotel, which keeps on its walls the intense romance of these Hollywood stars. Previously you could access the Kimberly House, as if it were a museum. Now we can only appreciate its architecture from outside, or take a beautiful photo under its bridge. It is curious to imagine that in the places where we write our story there are already many more anecdotes that are told. Without a doubt to know the Kimberly house, is to know an important part of the history of our city and live love as a movie.